Brief History on The Center for Object Relations

The Center for Object Relations began as a few independent clinicians with a curiosity about British Object Relations theory. That curiosity grew, as well as expanded, and developed into a community of clinicians and individuals that would regularly meet, discuss cases, and invite others in to learn and share experience. While there has been a lot of change over the last three decades, Center for Object Relations continues to hold close to the value of remaining a welcoming community of individuals with a curiosity to engage this practice of “listening to one’s self listening to another” with humility and honestly. In the words of our founding president Mel Knight, “We’re all learning here.”

COR Through the Years 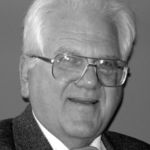 Dr. Austin Case was offering a small series of classes on topics in British Object Relations to the Seattle community.

When Austin Case, MD was living in London with his wife Maxine Anderson, MD a small group of clinicians began consistently meeting to consult with Dr. Case over the phone. They called it British Object Relations Group (BORG) and the members of this original group were Stan Mandell, Roberta Banks, Marianne Robinson, and William Getz.

Mel Knight joined the group in 1985, and Maiike Baker in 1986 along with Jim Oakland. Dr. Knight said of this small group,

“Periodically—alongside his wife Maxine Anderson (also a psychoanalyst)—Austin would return to Seattle for a visit, and the six of us would invite a few colleagues to join us for a daylong seminar on a fundamental premise of British Object Relations. Starting, always, with a clinical case presentation, the group would discuss subjects like projective identification, the depressive position, the death instinct, counter-transference, holding and containing, splitting, second skin, etc. In the meantime, the group would be reading and discussing the work of Wilfred Bion, Melanie Klein, Betty Joseph, Hannah Segal, Donald Winnicott, and others to augment our conversations with Austin.”

The British Object Relations Group was meeting regularly, and began to offer semi-annual events, where Austin and Maxine would return to Seattle and teach seminars based on a theme. A member of the BORG would offer up their home and invite colleagues to attend, which would generate attendance of 20-25 participants at the time. Dr. Getz said of these events, “From the very beginning this was a congenial and open-minded group of people. These clinicians were excited about what they were hearing and carried a genuine interest for more.”

When Austin Case and Maxine Anderson returned to Seattle in 1989, there was already growing intense interest from many clinicians in Seattle to learn about British Object Relations theory. 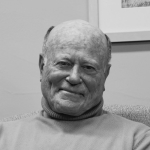 “When word spread that Austin and Maxine had returned, the original study group began receiving requests for more seminars and study groups on British Object Relations. Using a model practiced at the Tavistock Clinic in London, COR began a once-monthly Saturday Dialogue…At the first meeting (to our shock) almost fifty people showed up. They were spilling out of the living room into the library, the sunroom, and up the steps to the second floor. None of us was prepared for this level of interest or the clamor that followed.”

In 1993, the BORG began to cultivate support from the Psychoanalytic Center of California.

In an excerpt from an early article on the history of COR, 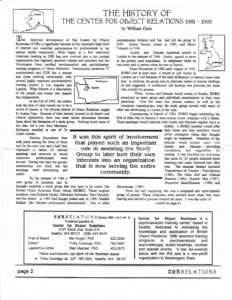 A board of directors was created out of those first members who met in the living room back at the beginning, and Center for Object Relations was formed in 1994. At this time, COR was meeting out of an office that was located above the Cost Plus World Market near Pikes Market in Downtown Seattle. During this period, COR added the Northwest Family Development Center to its name, as it received a grant from Washington Department of Health and Human Services to work with mothers who were addicts and their children, called Secure Beginnings. COR also received another grant, in collaboration with other organizations, to provide analytic psychotherapy to individuals in transitional housing programs in Washington State.

In 1995, CORRelations began to be published. The Editor was Trilby Coolidge. 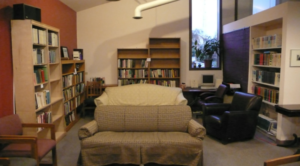 In 2000, a building was purchased on Capital Hill that housed the COR office along with a number of psychotherapy office spaces.

COR was a thriving community offering numerous classes, events, and programs throughout the year, and an intensive Infant Observation program. CORRelations was published 3 times a year, and the Editor was Rick Clark. There were ongoing community-based programs with Listening Mothers and Secure Beginnings.

In 2004, COR began the International Evolving British Object Relations conference (EBOR), that invited many notable speakers from around the world, like Eric Brenman, Irma Brenman Pick, Ronald Britton, and James Grotstein to name only a few. EBOR continues now under the management of NPSI.

However, problems/growing-pains began to become apparent, associated with a segment of COR seeking recognition as an analytic training institute and a segment that wanted to remain separate from the oversight of an international association. Conversations began internally around how to resolve this.

In 2006, a series of public discussions began with board members and community members around problems COR faced in terms of its identity with NPS.

In 2007, Northwest Psychoanalytic Society separated from COR – NWFDC, while both continued to occupy the same building in Capital Hill.

In 2009, the impact of the split continued to be felt, with decreased membership and difficulty in finding individuals to fill key positions on the board. A large issue was also seen in the upkeep and maintenance of the building on Capital Hill, and talks began about the sale of the building. There was some ongoing efforts for COR to reunite with NPS, but this was eventually abandoned. 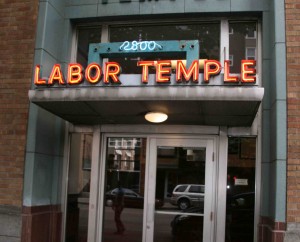 In 2011, the Capital Hill building sold, and COR moved into the Labor Temple in downtown Seattle.

This period began a time of regeneration for COR, with a shift toward focusing on the education and community of psychotherapists who were new to the field. There was a redevelopment of psychotherapy training, emphasizing less on a training model and more on experiential, clinical engagement. There was a reorganization of finances and the creation of internal structures to foster a healthy organization. 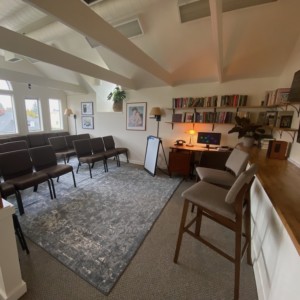 In late 2019, COR moved to its current location in the Madison Valley neighborhood in Seattle.

With the pandemic in 2020, a majority of the classes shifted to being online in webinar format; however, with a gradual shift to returning to offer in-person classes and seminars once again.

In 2021, COR began a partnership with The Seattle School of Theology and Psychology to provide teaching and training for graduate students in their Concentration in Psychoanalytic Psychotherapy program.